Your involvement
makes the
difference.

Speed up the discovery of treatments for Alzheimer’s.

Millions of people suffer from some form of brain disease.

The burden of cost and care grows; family connections unravel, and the discovery for solutions falls short. Your participation in the Brain Health Registry is vital to moving quicker towards a solution.

You will advance research aimed at finding ways to protect and care for your loved ones with Alzheimer’s and other brain disorders.

Quickly identifying those that might benefit from potential diagnostic tools or therapies.

The ability to see changes in brain function that occurred before the trial began. 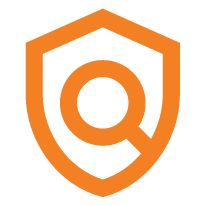 The Brain Health Registry considers the protection of your privacy to be one of our most important responsibilities. We have set up strict safeguards to protect your privacy and the confidentiality of your personal information. To review our policy, click below.

You can join as an individual or with a partner.

2. Tell Us About Yourself

Answer some questions about your medical history, current health, and lifestyle.

3. Do Some Online Brain Tests

These tests exercise your memory, and are like games.

See how the Brain Health Registry is connecting communities

African Americans, who are underrepresented in many health studies, will be able to be represented properly. We can possibly find treatments for Alzheimer's, which affects the African American community disproportionately.

I joined BHR when my mother was diagnosed with dementia. It was a long journey from diagnosis, to doctor visits, to caregiving to Alzheimer's Disease running its course. Treatment options were limited. Watching Mom, I realized the brain's significant role in all areas of health and aging. And I learned that loss of thinking and remembering abilities is not average. I met many people along the way who also had personal stories about memory decline in their own families. In order to help researchers find better diagnosis tools and get us closer to a cure, everyone who is able to join BHR certainly should.

I became involved with CEDAR as a result of an email that I received. It sparked my attention greatly due to a large family history of Alzheimer's and Dementia. It was simple, once I received the email it directed me to answer a few questions (5-7 minutes tops). You'll find that it's gratifying to know that you're doing something to not only help yourself but your family and your country. It was a great thing to do.

When I need a car repair, I go to the mechanic; when I need a haircut, I go to the barber. We have scientists and researchers who have gone to school and worked in Alzheimer’s research for 20 years. They are the experts and I trust in their research.

It’s been two years since my mom died while suffering from Alzheimer’s. I think about her every day. Participating in the Brain Health Registry is a way for me to honor her. It’s something I can do that’s real and tangible.

PTSD doesn't have to break apart families or end lives, but it often does. Veterans like my dad who go into a war zone and come out with a devastating disorder deserve new and better treatments to help them live normal, happy and fulfilling lives. I am honored to take part in the Brain Health Registry so I might help those who have put themselves at risk in service to the nation.

My godfather has Parkinson’s. He’s a priest, and the disease is taking away his ability to preach. I signed up with him in mind. If, in the long run, this can help save and empower voices like his, it will be a great thing. And I’d like to be a part of it.

I’ve seen the impact of Alzheimer’s – I’ve had friends who have lost loved ones, and the toll is immense. So I see it as a privilege to help with medical research. I feel like this is a way I can pay it forward to future generations, including my own children.

There are many reasons why I'm participating in the Brain Health Registry, but here's the number one reason: my father. Ten years ago, he was diagnosed with Parkinson's disease. I want to help find a cure and participating in this project gives me the greatest opportunity to do just that.

My college roommate was recently diagnosed with Parkinson's. She's working hard - exercising, meditating, doing yoga - to keep her symptoms at bay, and she's holding on to the positive attitude she's always had. I'm hoping this research can lead to a cure and help her stay positive and vital. That’s why I’m here.

Being Aware Shows You Care

Use these links to find great information in our resource center.

Having or developing brain issues is a big problem we need to tackle together.

With over 5 million Americans currently diagnosed with Alzheimer’s, people are suffering every day from the emotional and financial burden it places on families. By joining the Brain Health Registry you are helping to accelerate and broaden the possibilities for treatment.

Not ready to join?

We understand you may not be sure this is for you. If you’re not ready to commit, please visit our FAQ’s to learn more about Brain Health Registry.

Join for you, your family, friends, and your community.